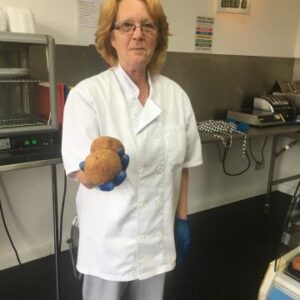 "Sophie worked with the Participant to set up a claim for JSA so that they could pay their bills. Sophie started to work on the Participant’s confidence, accompanying them to all JCP appointments, as going to them caused anxiety."

One of our ROAD Participants who joined the programme at the end of November 2016, found themselves to be successfully employed just two months later! With the help of the programme which assisted the participant to claim benefits, hone their job-searching skills and improve their confidence, they are now happily employed at a bakery. The Navigator who worked with this Participant said this: “The Participant started ROAD in late November, and was getting over a redundancy, not leaving their home or bothering to get dressed. Their contact details were passed over to Al and Sophie at Changing Lives, and contact was made. The Participant said they wanted to return to work, but was worried about claiming benefits. Sophie worked with the Participant to set up a claim for JSA so that they could pay their bills. Sophie started to work on the Participant’s confidence, accompanying them to all JCP appointments, as going to them caused anxiety. With the guidance of Sophie, the Participant was able to produce a CV for JCP which was a turning point in their confidence as they could clearly see what they had to offer to an employer. When handing out CVs, the Participant met the owner of a local bakery, and told them that they loved to make Scotch eggs. The owner asked for some samples, and the Participant took them in the next morning. The owner was so impressed; they took on the Participant as a volunteer twice a week for them to gain further experience. The owner suggested that if the Participant could gain Food Hygiene and Food Allergy certificates, that he would offer a 16-hour a week contract. Working with Sophie, the Participant achieved both qualifications and began employment on 1st of February 2017. The Participant loves their job and their Scotch eggs sell out weekly, with the bakery taking advanced orders to meet demand. With the Participant’s experience growing now that they are back in work, the shop has been able to produce scones in-house, rather than buying them in as they used to. Since the Participant has joined the employer, the bakery has changed its name to the Top Notch Scotch Egg company to reflect the unique skill that this individual has brought to their offering! Find out about the company here  Who We Are (topegg.co.uk)